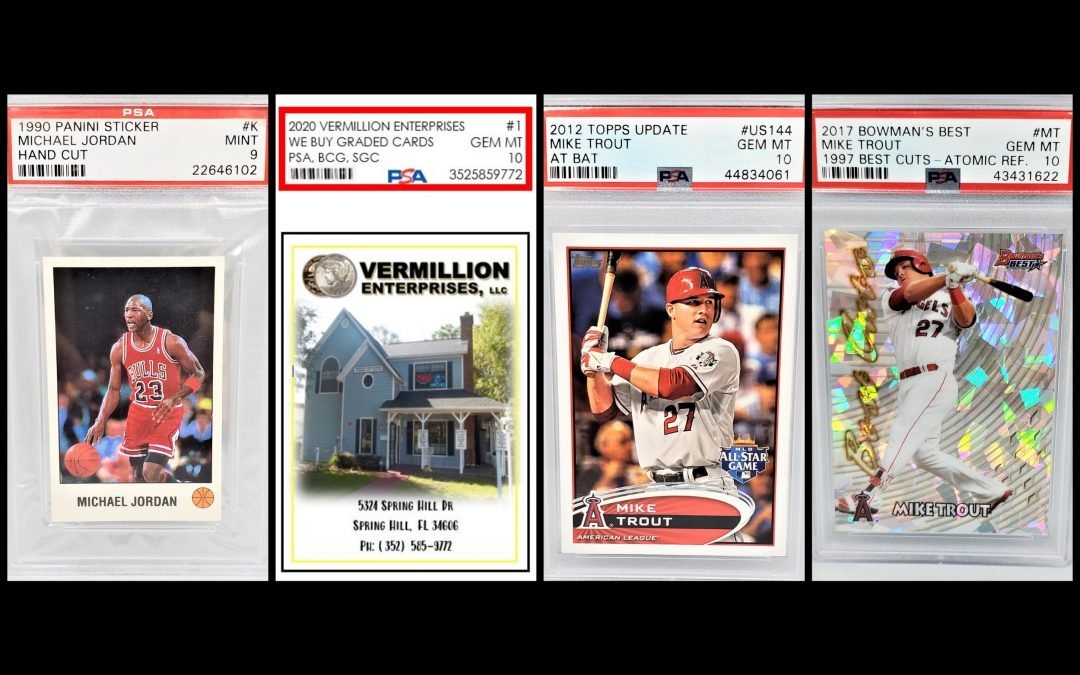 Spring Hill Gold Dealer & Coin Shop we BUY Graded Sports Cards New Port Richey. We are here to help you with Sports Card & Memorabilia Grading. Want to know more information? Unsure of where to begin? Let us help you!

Who Does the Grading?

There are three main companies Vermillion Enterprises trusts with Sports Card & Memorabilia Grading. They are:

How Are Sports Cards & Memorabilia Graded?

Card grading is based on four main factors:

Each factor has a grading scale of 1-10. The average of the combination of those four factors gives you the final grading of the card as a whole.

What Are The Basic Requirements of the Grading Factors?

For instance, let’s use this T206 Piedmont 150 Ty Cobb, Portrait Green Baseball Card. Graded by PSA a PR 1. Don’t worry, we’ll discuss the different grades shortly. But for now let’s learn how the grading factors in.

Let’s Review with the Grading Factors

Please keep in mind that this is a basic overview of the grading factors. Each Grading Company has a grading scale based off these factors. We will get to that though.

Corners: The corners are rounded, some folding, tearing, and tattering. To maximize a score in this factor, the corners should be crisp.

Edges: There is tattering and peeling along the edges. Like the corners, to maximize scoring, these should be crisp.

Surface: There are stains (bottom right corner), fading on the white as a whole. Crease marks throughout the card. In order to maximize a great score. The color should be pristine, free of fading and staining. The surface should be free of scratches, and especially creases. 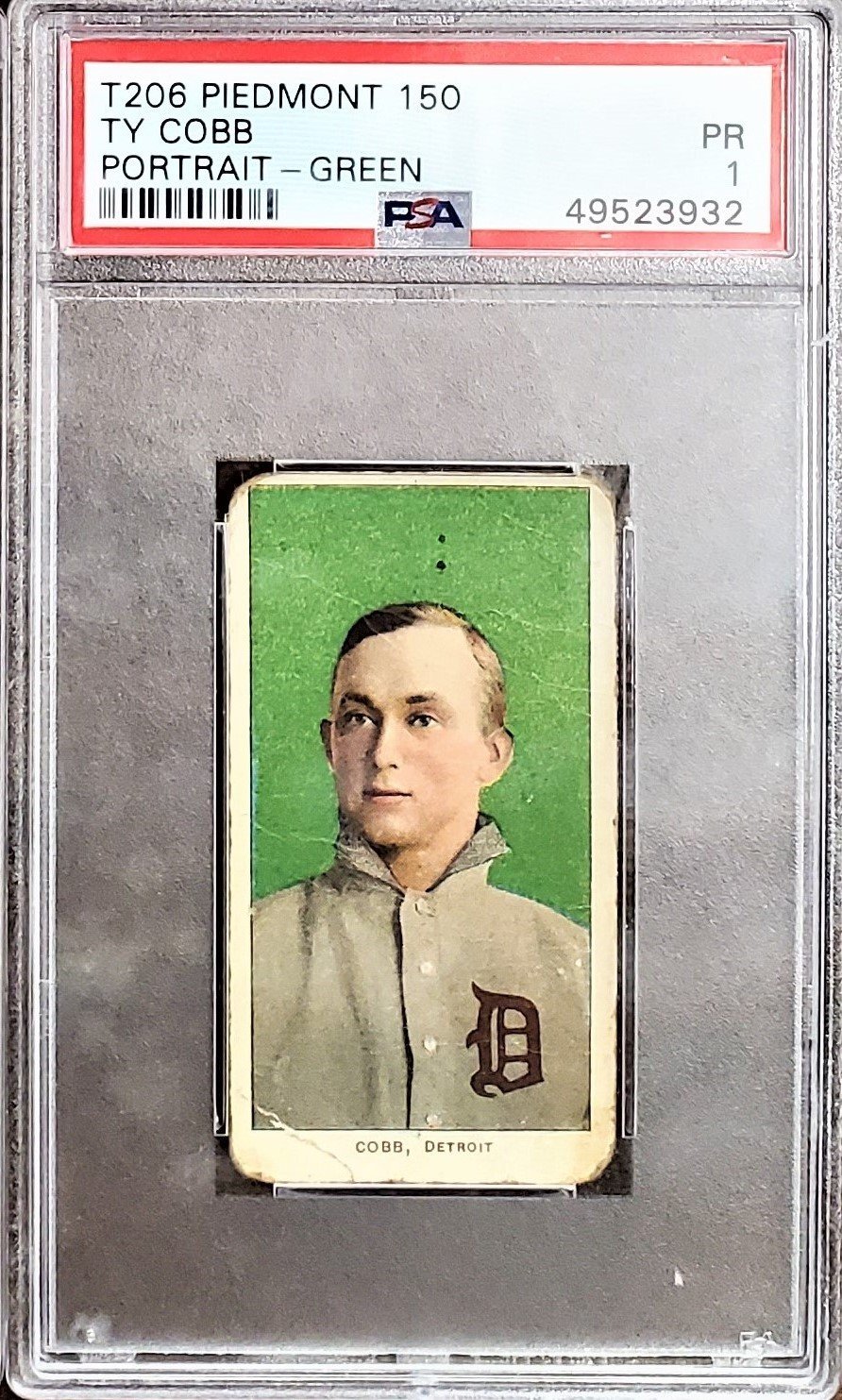 Note: Most older cards WILL graded lower than newer cards. It does not mean older cards are less valuable than newer cards. I.e. A PSA PR 1 – it should be noted that not all “PR 1″‘s are alike. We discuss PSA’s “PR” grading HERE. Anyway, some can generate some serious CASH! Choosing which cards to have graded and which not to is a separate part of the process. 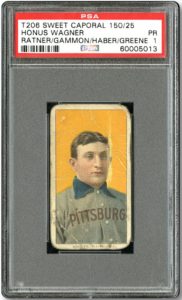 For instance, take this T206 Honus Wagner. It was graded a “PR 1” by PSA. However, this particular card, according to PSA, sold for $609,294. A card in terrible shape, but a rare and highly sought after card. Okay, it’s the most sought after card in the Baseball Card Collector World! 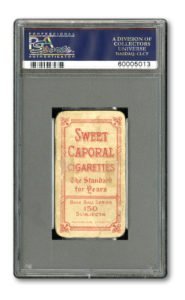 PSA Grades on a Scale of 1-10. They do offer half point grades on cards only. A half grade is added when: “a card must exhibit centering that is 5-10% better, at minimum, than the lowest % allowed within a particular grade.” Additional information and complete understanding of PSA Half-Point Grades

However, for the most part, PSA focuses on a whole point grading scale. CLICK HERE for a Reference Guide to PSA Grading Scale & Examples.

It does have a slight difference to it in the grading process. As the baseball itself is graded separately from the autograph and given an overall grade as well.

BGS -Beckett- Grades on a Scale of 1-10. However, they also include descending one-half point increments into their grading. They offer easily identifiable Color Coding as well. Top-graded cards have either a Gold or Silver Label. All other Grades have a white label.

SGC Grades on a Scale of 1-10. Including one-half point grades and double 10’s. Double 10’s? What’s that? It’s a combo of PSA Gem Mint 10 and a BGS Pristine 10. Additionally, SGC grades jerseys as well.

Authentic jerseys that is. CLICK HERE for a Reference Guide to SGC Grading Scale.

Florida Residents: We BUY PSA, BGS, and SGC Graded Sports Cards! Locally & All Over Florida. In-Store & With Mail In Services!

The Big Reveal! PSA Graded Cards ARE IN!!